Nurses are among many professions that require a professional license. The licensure that nurses hold is issued by the board of nursing. A board of nursing has a specific jurisdiction, usually a state or province. Here, we will talk about some frequently asked questions regarding the Board of Nursing in Vermont.

What Is the Board of Nursing?

The state board of nursing is the state-specific regulatory and licensing body responsible for setting the standards for safe nursing care, deciding the scope of practice for nurses who practice within its jurisdiction and issuing licenses to those qualified to become nurses.

A state can have more than one board. For example, California and Georgia have two boards of nursing. One is for registered nurses, and another is licensed practical nurses or licensed vocational nurses. The Board of Nursing in Vermont, however, only has one board.

Who Serves on the VT Board of Nursing?

Each board member serves a four-year term. All members can be reappointed, although no member can serve for more than two consecutive terms.

What Are the Main Focus Areas of the Board?

In terms of practice, the board of nursing ensures that each state has clearly defined standards of nursing care, the scope of nursing practice, as well as manages delegations to team members.

Each state, including Vermont, has clearly defined standards of nursing practice. These standards, in turn, support the Nursing Practice Act.

The Board of Nursing VT grants permission to candidates to engage in nursing practise once they met all the skill and competency requirements. Typically, there are three components of nursing licensure:
⦁ Pre-verification or verification of graduation from an approved nursing program.
⦁ Verification of successful completion of the NCLEX exam.
⦁ A criminal background check.

How Does the Board of Nursing Protect Consumers?

How Does the State Licensure Works?

The Nursing Practice Acts (or NPAs) are used to establish the state’s regulations for nurses. The NPAs don’t just define the scope of nursing practice but also lay out the requirements for licensure.

In this case, the state board of nursing, the Board of Nursing in Vermont, puts the NPA into practice by setting regulations and administrative rules that further define the scope of practice and necessary qualifications for licensure.

All boards of nursing are responsible for the followings:
⦁ Evaluating applications for licensure
⦁ Issuing and renewing licenses
⦁ Taking disciplinary actions when necessary

What Are the Disciplinary Actions the Board of Nursing Vermont Can Issue?

These are some of the most frequently asked questions about the Board of Nursing in Vermont. In general, the board of nursing works more or less the same across the states. However, some differences do exist. 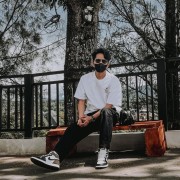 What You Should Know About Phlebotomy Schools in Ohio